Devices are often sold using catch phrases like "user friendly" and "intuitive", but these are vague terms that are hard to pin down. In this section we will use the more technical term, usability, which is well understood by HCI experts, and gives us some ways to evaluate how suitable an interface is for a particular task. Usability isn't just about an interface being nice to use: poor usability can lead to serious problems, and has been the cause of major disasters, such as airplane crashes, financial disasters, and medical mishaps. It is also important because an interface that requires a lot of dexterity, quick reactions or a good memory makes it less accessible to much of the population, when accessibility can be both a moral and legal expectation.

There are many elements that can be considered in usability, and we will mention a few that you are likely to come across when evaluating everyday interfaces. Bear in mind that the interfaces might not just be a computer – any digital device such as an alarm clock, air conditioning remote control, microwave oven, or burglar alarms can suffer from usability problems.

A "golden rule" of usability is consistency. If a system keeps changing on you, it's going to be frustrating to use. Earlier we had the example of a "Even"/"Odd" button pair that occasionally swapped places. A positive example is the consistent use of "control-C" and "control-V" in many different programs to copy and paste text or images. This also helps learnability: once you have learned copy and paste in one program, you know how to use it in many others. Imagine if every program used different menu commands and keystrokes for this!

A related issue is the Mode error, where the behaviour of an action depends on what mode you are in. A simple example is having the caps lock key down (particularly for entering a password, where you can't see the effect of the mode). A classic example is in Excel spreadsheets, where the effect of clicking on a cell depends on the mode: sometimes it selects the cell, and other times it puts the name of the cell you clicked on into another cell. Modes are considered bad practice in interface design because they can easily cause the user to make the wrong action, and should be avoided if possible.

The speed at which an interface responds (its reaction time) has a significant effect on usability. The way that humans perceive time isn't always proportional to the time taken. If something happens fast enough, we will perceive it as being instant. If we have to wait and can't do anything while waiting, time can appear to go slower!

The following interactive lets you find out how fast "instant" is for you. As you click on each cell, there will sometimes be a random delay before it comes up; other cells won't have a delay. Click on each cell, and if it seems to respond instantly, leave it as it is. However, if you perceive that there is a small delay before the image comes up, click it again (which makes the cell green). Just make a quick, gut-level decision the first time you click each cell – don't overthink it. The delay may be very short, but only make the cell green if you are fairly sure you noticed a delay. 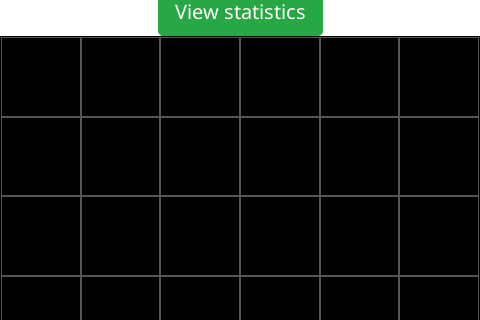 Once you have clicked on all the cells, click on "View statistics" to see how long the delays were compared with your perception. 100 ms (100 milliseconds) is one tenth of a second; for most people this is where they are likely to start perceiving a delay; anything shorter (particularly around 50 ms) is very hard to notice. Longer delays (for example, 350 ms, which is over a third of a second) are very easy to notice.

The point of this is that any interface element (such as a button or checkbox) that takes more than 100 ms to respond is likely to be perceived by the user as not working, and they may even click it again. In the case of a checkbox, this may lead to it staying off (from the two clicks), making the user think that it's not working. Try clicking the following checkbox just enough times to make it show as selected.

So, as you evaluate interfaces, bear in mind that even very small delays can make a system hard to use.

The following video is of an experiment that was done with virtual reality goggles to simulate internet lag in real life situations. It has English captions, but the most interesting part is what is happening in the action.

Another important length of time to bear in mind is our short term memory time, which is usually a matter of seconds. To remember something for longer, the user needs to rehearse it (repeat it over) or make a note of the information, such as writing it down. Try the interactive below and see how many items you can remember without using these techniques! 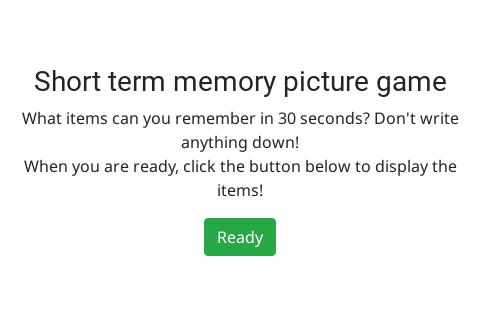 If a system takes some time to respond (say, 10 seconds) then chances are the user may have forgotten some detail of what they were going to do with the system. For example, if you have a phone number to type in that someone has just told you, and it takes 12 seconds before you can type it, you may forget the number, whereas if you can access the interface within a couple of seconds, you can probably enter the number without much effort. For this reason, any part of a system that takes more than about 10 seconds to respond forces the user to rehearse or write down key information, which is more tiring.

There's some more information about "time limits" for interfaces in this article by Jakob Nielsen.

Another important usability consideration is spatial memory – our ability to remember where things are located (such as where a button or icon is). Human spatial memory has a high capacity (you can probably remember the location of many places and objects), it is long lasting (people visiting a town they grew up in can often remember the layout), and we can remember things very quickly. A very simple aspect of usability that comes from this is that the layout of an interface shouldn't keep changing. The interactive task at the start of this chapter was deliberately set up to be frustrating by swapping the two buttons occasionally; the reason people often make a mistake in that situation is that their spatial memory takes over, so the location of the button is more important than what is written on it. Systems that aren't consistent in their spatial placement of the "OK" and "Cancel" buttons can easily cause people to press the wrong one.

Another place that the layout of an interface changes quickly is when a tablet or smartphone is rotated. Some devices rearrange the icons for the new orientation, which loses the spatial layout, while others keep them the same (except they may not look right in the new rotation). Try a few different devices and see which ones change the layout when rotated.

Associated with spatial memory is our muscle memory, which helps us to locate items without having to look carefully. With some practice, you can probably select a common button with a mouse just by moving your hand the same distance that you always have, rather than having to look carefully. Working with a new keyboard can mean having to re-learn the muscle memory that you have developed, and so may slow you down a bit or cause you to press the wrong keys.

One common human error that an interface needs to take account of is the off by one error, where the user accidentally clicks or types on an item next to the one they intended. For example, if the "save" menu item is next to a "delete" menu item, that is risky because one small slip could cause the user to erase a file instead of saving it. A similar issue occurs on keyboards; for example, control-W might close just one window in a web browser, and control-Q might close the entire web-browser, so choosing these two adjacent keys is a problem. Of course, this can be fixed by either checking if the user quits, or by having all the windows saved so that the user just needs to open the browser again to get their work back. This can also occur in web forms, where there is a reset button next to the submit button, and the off-by-one error causes the user to lose all the data they just entered.

Another idea used by HCI designers is the principle of commensurate effort, which says that frequently done simple tasks should be easy to do, but it's ok to require a complex procedure for a complex task. For example, in a word processor, printing a page as it is displayed should be easy, but it's ok if some effort is required to make it double sided, two to a page, with a staple in the top left corner. In fact, sometimes more effort should be required if the command has a serious consequence, such as deleting a file, wiping a device, or closing an account. In such cases artificial tasks may be added, such as asking "Are you sure?", or to get an extreme setting on a device (like setting a voltage for a power supply) might require pressing an "up" button many times, rather than letting the user type in an extra couple of zeroes.

These are just a few ideas from HCI that will help you to be aware of the kinds of issues that interfaces can have. In the following project you can observe these kinds of problems firsthand by watching someone else use an interface, noting any problems they have. It's much easier to observe someone else than do this yourself, partly because it's hard to concentrate on the interface and take notes at the same time, and partly because you might already know the interface and have learned to overcome some of the less usable features.