So where does all this data come from? Here are a few examples of things that generate this data that you may have encountered:

Instagram, Facebook, Twitter, Snapchat, Trade Me, Spotify, Uber, Netflix, Messenger, etc. all care about how, when, why, and for how long you use their services. Therefore, a lot of what you do while using their service is captured and recorded.

The Internet of Things

The idea of the "Internet of Things" (IoT) is to wirelessly interconnect multiple devices and objects, usually through Bluetooth or through wireless internet. This data is often stored remotely, and referred to as being stored "in the cloud".

There are a couple of different areas where IoT has really taken off:

But these innovations come with a cost, and that cost is often large amounts of potentially sensitive personal information being captured, as well as security concerns around its storage and use. The sheer amount of data these devices generate also introduces technical challenges. Often these devices are sending real time data, which means that every minute, second, or even millisecond, some data is being captured and sent somewhere.

Estimates for the number of IoT devices that will be online in 2020 range from 30-50 billion, and that will be up to 75 billion by 2025. That’s billions and billions of extra devices sending, receiving, and generating data over the internet, every day!

The number of people using smartphones has exploded in the last few years, to the point where in modern society it is unusual to come across someone without one. With this comes opportunity for companies to gain more insight into how consumers spend their time, and therefore a lot of the activity on your phone is captured. For Pixel users, Google has even released a new feature for you to see how you use your own phone. Other personal devices that connect with your smartphone are also constantly collecting data, for example wearable tech like smartwatches or fitness trackers.

Big data is also being collected from the physical world all around us! Sensors are devices that detect events or changes in their surrounding environment. They capture and digitise a vast variety of data about our environment; for example temperature, sound, visual images, air pressure, physical movement, and even sub-atomic energy. They are often relatively basic devices with limited computing power, and so they send this data to other digital devices for processing. This is usually done over a wireless network, and some sensors may be a part of the IoT. Environmental sensor data often is captured by proprietary systems and aggregated before being made available to the public. Here are some examples you may be familiar with:

The data you choose to capture, and how you capture it, has a huge effect on the outcome of your analysis. For example, if you decide to study how often people open their fridge based on how many times a smart fridge detects it is opened and closed, then who have you excluded, and who might be overrepresented? A smart fridge is certainly a luxury item and therefore mostly those earning more money will be contributing to your study. Is this group representative of everyone?

This is just a silly example, but think about what happens when you are using big data to analyse medical images. If you are analysing the effectiveness of a treatment on women and your training data only includes Pākehā (NZ European) and European women, then should you automatically apply the same conclusions to Māori women? No, of course not, there are physiological differences between people of different ethnicities, and it would be inaccurate to generalise them into one group. This is why it is so important to make sure that you are capturing data that accurately portrays the group of people that you want to investigate. 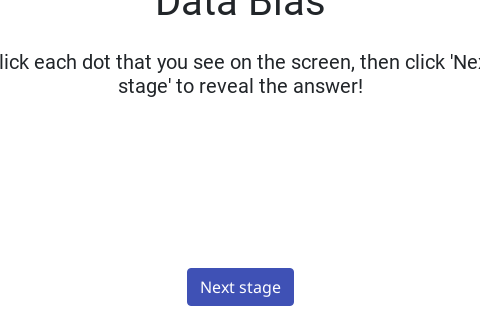 It’s also important to think about how data sets captured in the past, or by other people, may have been conditioned by the biases of those people. The analysis of biased healthcare data has frequently disadvantaged groups of people in the past who were under-represented in data samples.

So now that all of this data has been collected, it needs to be stored, which is a challenge in itself. The first issue is simply the amount of data. As we mentioned earlier, big data often begins at terabytes, but more often than not, this expands to petabytes or even exabytes. This is where data centres come in.

Data centres are warehouses (often enormous ones) containing many computers that are connected in a network. They are used to store and process large quantities of data. Data centres have become a popular way for organisations to solve the issue of not having enough computing power for the amount of data they collect. Companies such as Google, Amazon, Microsoft, and Catalyst in New Zealand, offer services where other organisations can rent space in their data centres instead of having to build their own (an expensive endeavour).

These data centres store a mind-boggling amount of information. Just think, every video uploaded to YouTube, every tweet ever written, every purchase ever made on Amazon, and every comment on every blog on the internet exists somewhere in one of these data centres (in fact it will exist in several, as there will be multiple backups of it).

The other issue around storing big data is the raw data itself. There are two general categories we use to classify data: "structured" or "unstructured". When you describe the qualities of a car, you probably list the colour, make, model, whether it is manual or automatic, etc. We would call this data structured because there is a predetermined data model we can use to describe the qualities of the car. For unstructured data however, there is no predetermined data model. This is why it cannot easily be poured directly into a typical database, and therefore needs data crunching/preprocessing before it can be stored and used, which takes computing power in itself! Some common examples of unstructured data are images in the form of a list of pixels, or recordings of human speech used for natural language processing. Data is often preprocessed before being stored but storing the raw data, not just processed data, is very important for some applications.

Previous:
Big Data and The Three Vs Next:
Analysis